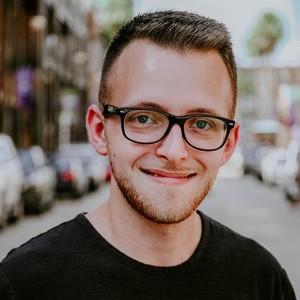 There are lots of things one might see when driving through the Bayou Region — gators, bayous, bait shops and airboats. But there is one thing everyone will see while in southeast Louisiana — Rouses Markets, a locally owned, regional grocery store chain since 1960 that’s still in the family. And, unlike many successful families, the Rouse family has no plans to move to a bigger place.

“I love to hunt and fish, and I can do that very close to here,” says Donny Rouse, current Rouses’ CEO and the third generation to run the business. “All our family is here, so our kids growing up with relatives is important to us. We’re very happy in Thibodaux. They get to grow up where I grew up and we’re not looking to go anywhere.”

According to the Rouses, in 2009, the business became the largest independent grocer in Louisiana. Donny Rouse says Rouses sells more Louisiana manufactured products than anyone else in the state.

“That’s really the foundation of our business— supporting local. We do that anywhere. In Louisiana, our stores in Mississippi, and our stores in Alabama,” says Donny Rouse.

Along with typical grocery items and a fresh produce section, the supermarket provides prepared foods, catering options, and even a grocery delivery service. Rouses also has a seafood market, floral services, and a bakery located inside. Some classic Louisiana items include seasonal king cakes, boiled crawfish, and gentilly cakes.

Rouses supports family-owned businesses by working together to deliver quality produce. Among others, they partner with the Garber Family Farm in Iota, LA and father-son farming duo Ben Becnel Sr. and Ben Becnel Jr. in Plaquemines Parish, LA.

In 2012, Rouses announced its very own brand. Their private brand is only sold at Rouses and includes items such as bread, eggs, produce, specialty seasonings, and fresh seafood. According to the Rouses, they work closely with local seafood producers and packagers to create new products. This gives shoppers the opportunity to enjoy seasonal fish any time of year.

“I started off going to the Thibodaux location and I now travel to different Rouses, depending on where I happen to be,” says Des Allemands native Diane Dufrene, who has shopped at Rouses for the past 30 years. “I sometimes drive up to 30 minutes away, but I don’t mind the trip because I know I’m always getting quality, local groceries.”

Dufrene says she used to go shopping with her mother at Rouses and as she got older, brought her children with her. Now, she brings her grandchildren on her shopping trips.

Almost 60 years ago, Anthony Rouse Sr. and his cousin, Ciro DiMarco, opened a small grocery store in Houma. In 1975, 15 years after opening the Houma grocery store, the cousins opened the first Rouses supermarket about 30 miles away in Thibodaux, LA. Anthony Rouse’s son, Donald Rouse, eventually took DiMarco’s position. Donald Rouse and his brother, Tommy Rouse, worked together in expanding the chain. In 2016, Donny Rouse, the founder’s grandson, became the CEO.

“My whole life, I’ve heard the third generation is the one that causes the business to fail and it’s kind of just what happens in business,” says Donny Rouse. “Just growing up in the business and being a part of it every single day, I don’t want to fail. And we’re not failing.”

Over the past 10 years, Rouses has expanded significantly and is now considered a chain-grocer. According to Rouses, the chain has 62 stores with 52 in Louisiana, three on the Mississippi Gulf Coast, and seven in Lower Alabama. The supermarket has three locations just in Thibodaux.

With more than 65,000 employees, the supermarket employs many Southeast Louisiana locals.

Sierra Allen has worked at the Rouses Audubon Ave. location in Thibodaux for the past three years. About seven months ago, Allen was promoted to working in the bakery and deli department.

“I couldn’t imagine working anywhere else right now,” Allen says. “The management here is always willing to accommodate schedules and put you in a position you really want to work in, and that’s why I’m still around. Working in the bakery and especially decorating cakes, is my favorite part. Rouses is so involved in the community and you get to know the customers. I’m proud to work here.”

Rouses isn’t just groceries. Donald Rouse purchased the 100-year-old Peltier House, historic for its Colonial style. According to the Lafourche Parish National Register of Historic Places (NRHP), the house is considered a contributing property for adding to the historical integrity or architectural qualities of Thibodaux. After restoring the property to its former glory, he is now living in the house.

The family also gives back to the community of Thibodaux and the region. Rouses sponsors Nicholls athletics as the organization’s official grocery. They also support local organizations like Upside Down, a nonprofit that helps the Down syndrome community.

And keeping it local, Donny Rouse is looking to his children for the future.

“Business is growing stronger over the last few years,” Donny Rouse says. “It’s exciting because I’m going to want to pass this on to the fourth generation one day.”

As you travel through the Bayou Region you will likely see a lot of unique architecture you may have not seen anywhere else. These are several characteristics that you will notice all across the region at plantations, hotels and local businesses.

French doors are one of the most common architectural features in the Bayou Region. Originally, French doors were used on plantation homes in order to allow the breeze to blow through the house on hot summer days. Today, it is very common to see these types of doors on homes and businesses, but they are mainly used because they are reminiscent of traditional southern architecture.

Shutters can be found on many building in coastal regions, including the Bayou Region. These shutters are used to protect windows when hurricanes hit. Even though shutters were originally used for protective purposes, today they are also used for aesthetic reasons. Many homes in this region have shutters for their functionality and for their traditional looks.

Many of the houses and plantations you see will be raised off the ground. They are raised because the Bayou Region is prone to flooding and by raising the living quarters off the ground they are less likely to be affected by the rising waters during a storm. The amount the building is raised can vary from one foot up to several feet.

Large porches can be seen all across the region. These porches can sometimes even wrap around the entire building. These large porches were used for socialization and still are today. With large overhangs over the porch, this was a perfect area for people to relax and still stay relatively cool in the southern heat. Mainly seen at plantations, large outside staircases were used to move between the upper-level living quarters to the lower level where people typically worked and cooked. You will see columns on a lot of buildings in the Bayou Region. This style of architecture is reminiscent of Grecian architecture. Columns on homes where an indication of a person’s status. The bigger and more pronounces the columns, the higher that homeowners status within the community. Today, columns are mainly used for aesthetic purposes only.

Ironwork is a very common decorative element that is on the outside of many buildings in the Bayou Region. The ironwork you see in the region is a mix of Spanish and Caribbean architectural design. You can see these designs in many different facets including fences, balconies, and awnings.